During the development of the 512 TR, the car was shown to a small group of Ferrari and Fiat top managers at Pininfarina's Cambiano centre in early 1991. The finished car was first presented to a limited group of journalists on November 13th 1991 in Maranello. In the same month, the car was also shown to a small number of Ferrari dealers and owners in Monaco, at the "Salle L'Empereur" of the Hôtel de Paris. The official presentation was on January 2nd 1992 at the Los Angeles Salon, USA. The European introduction was on January 14th 1992 at the Brussel Motorshow, Belgium. 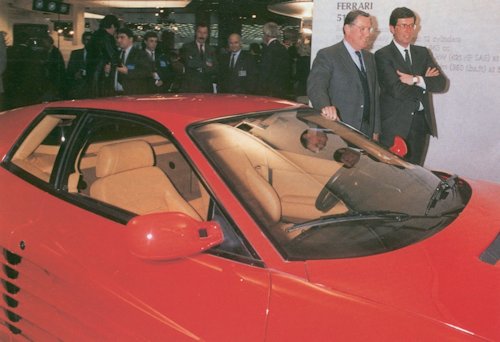 The normal production of the 512 TR started slowly in April 1991. For a long period they built the Testarossa and the 512 TR simultaneously and they were stocking the 512 TRs. The first cars (mainly US versions) went to clients in December 1991.

A total of 408 cars were delivered to North America.